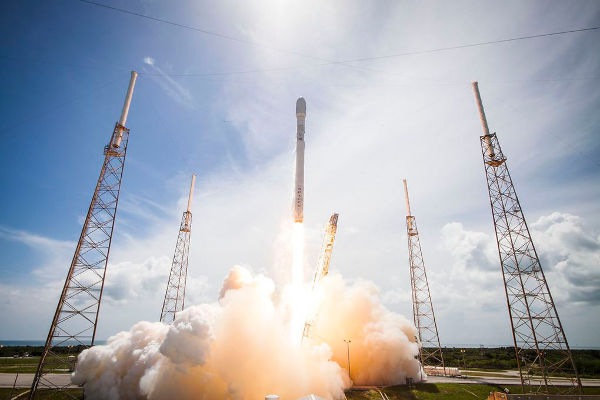 SpaceX is a geeky company, there is no doubt. Their successful landings of the Falcon 9 rockets, both on land, and on a barge in the middle of the ocean, are rare cases where superlatives are not overused. The sub group on Reddit went wild each time the landings were successful, and along with me, waited with baited breath for the September conference where Elon Musk promised to unveil his plan for Mars colonisation.

It all seems, to the casual observer, as lots of hyperbole and just plain unlikely. Few people around me show any interest in it. in a way, that kind of demonstrates where we got to, the human race, after the Apollo programme had landed men on the moon. People in general are not interested. Yet to me, it seems vital that we spread the human race beyond the confines of Earth.

And given Musk’s track record, it seems achievable, even if his timescales are notorious for slipping. A four minute overview is below. The full announcement is linked to at the bottom of this post.

Not only achievable though. It seems a race may be developing, to get boots on the ground on Mars. Boeing have announced they plan to be the first. Competition can be good, providing it doesn’t divert funds from the effort.

Neither SpaceX nor Boeing have said much about infrastructure on Mars though. There are plenty of technical challenges to overcome in that area, in situ resource utilisation being one of the key ones. The emphasis for SpaceX seems to be on providing a transport system between Mars and Earth. And to let others figure out the detail for the on planet stuff.

Either way, for all those sci-fi geeks out there, this could be a dream come true.