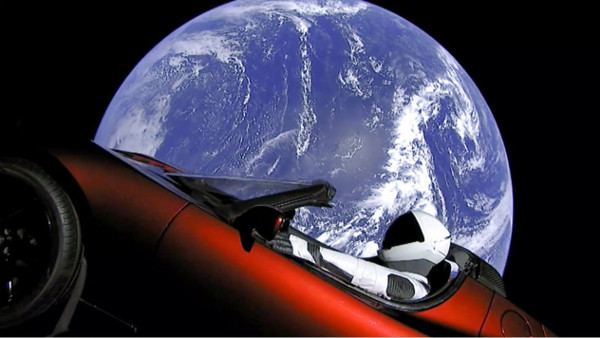 What an amazing thing to watch.

The test flight of Falcon Heavy was edge of your seat exciting, with Elon Musk estimating only a 50% chance of a successful launch.

Take a look at the video below to see the almost synchronised landing of the two side boosters.

And then the sight of the Tesla roadstar with Starman orbiting the earth for several hours before being boosted away from Earth to a Mars transit orbit around the sun.

The inclusion of this was a marketing masterstroke for both SpaceX and Tesla.

This year we are likely to see a second, and perhaps third launch of Falcon Heavy. Along with the debut of Block 5 for all Falcon 9 rockets and the gradual retirement of earlier versions. The initial Starlink satellites will be lifted into LEO (two test versions have already been launched) and we may see some grasshopper style testing of components of BFR.