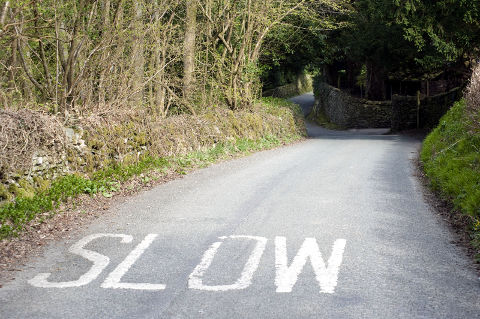 I was just finishing some work and wanted to have a relaxing, wind down and a bit of a soak. As I was getting in the bath, my mind was still on whatever bit of work I had been dealing with, some programming challenge that I was thinking through. The water was hot, way too hot.

“Bloody hell” I realised about at the point when I was almost fully in. “That’s way too hot” I gasped and ran the cold in. I had slowly eased myself in without my brain registering the heat until it was too late, I was already full committed as it were.

Later, I was out walking somewhere. Normally, I walk pretty quick, I have always been the sort of person in a hurry. Whether walking, working, writing, everything is full on, intense, focused and done with the optimum methods in mind.

I forced myself to slow down, to walk with a a measured pace. I started to think about the phrase “Live every day like it was your last”. Maybe because Dad had been round earlier, and it is a miracle he is still alive almost a decade after his heart attack and triple bypass operation. If I lived every day like my last, we would be broke tomorrow!

Occasionally I have thoughts like this though. I realise that I am working too hard, moving too fast, my eyes and thoughts focused on the destination, not really appreciating the journey itself.

We all get like that I suspect. Life just happens to us. Stuff gets thrown at us. We deal with it. We rush around, particularly with the pace of modern life, and this doesn’t give us time to appreciate the things around us.

So take a moment today. Pause what you are doing. It will still be there when you hit play again. Look and think about the things around you. Take a little time to appreciate them.

3 thoughts on “Slow down”