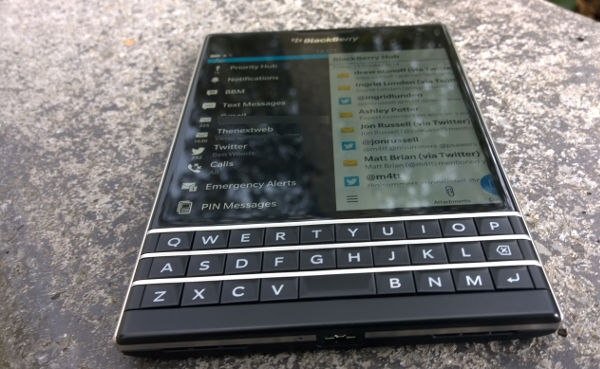 “Are you still using that Blackberry?” It is a comment I often hear. Especially from work colleagues. I am an anomaly.

Working for a mobile network company, the majority of my colleagues are using iPhones or Android devices. With a few converts to Windows Mobile. I never see anyone with a Blackberry. This is a fair representation of the greater population too.

How far they have fallen.

It’s a bit sad really. Blackberry bought QNX, a commercial real time operating system company and used it as the basis of Blackberry OS 10. And for me, it is far superior to the alternatives. But as been shown in the past, the best doesn’t always win. VHS video ousted Betamax despite Betamax’s higher quality. Blackberry OS 10 has lost due to a lack of the most popular apps. With the benefit of hindsight, Blackberry could have paid for or subsidised the development of the most popular apps. Now though, it has lost the hearts and minds of most of it’s customer base.

Yet I still hang on to mine. For one simple reason. The physical keyboard. I can type so much quicker on the Blackberry. Even in comparison to the on screen keyboard on my Android tablet. Quicker. And more accurate. When I need to compose a lengthy reply to an email, I want to be able to do it from my phone, I don’t want to have to go through the process of starting my laptop up, logging in, establishing a VPN connection, starting Outlook, then replying. What a pain!

There are rumours going around the internet that Blackberry are getting ready to launch one or more Android devices, with physical keyboards and some of the Blackberry features as additional apps.

I hope this is true. It could give Blackberry a new lease of life. I would love to have something like the Blackberry Passport running Android. And I cannot see any other way for Blackberry to dig themselves out of this.

So come on Blackberry, despite the current market trends, there are alot of people like me, who want a decent high spec phone, with all the Android apps running natively, who would choose a Blackberry Passport for their next upgrade.