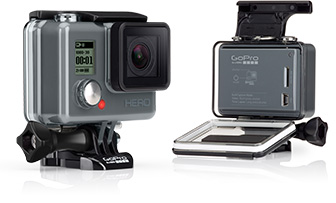 Wooohooo! I got a GoPro 🙂

I have tried a number of different cheaper action cams without a great deal of success. I thought I had it sussed with a cheap Chinese knock off, but a trip to Cambridgeshire via the back roads just didn’t get any usable video. I was gutted.

There are a couple of things to be aware of when creating any motorbike videos.

First – Vibration. Many mounting places do not give sufficient stability and some of the cheaper mounts just vibrate so much, that the resulting video is almost unwatchable. If you do sit through it, you can end up feeling dizzy or sickly.

Second – beware footage that has you exceeding the speed limit or doing anything else illegal. I am sure you wouldn’t be doing anything dodgy anyway , but there have been instances of the police using motorbike video footage to get convictions, even when they weren’t there during the offence.

Third – most of the ones I have seen, and those few I have created, are pretty boring to watch. I have been doing some reading and thinking on this subject, so will aim for much higher.

Finally – adding background music tracks and uploading to YouTube is a bit hit and miss, often YouTube will decide (probably correctly) that the music is copyright protected and take the appropriate action.

An example of one of my old videos, showing most of these mistakes, is below:

So my new GoPro supports 1080 and 720 resolutions, plus photograph modes – 10 photographs over a two second period and even more interesting, a time lapse mode where it takes a photo every half second.

One slightly frustrating, but understandable thing, is the mount adhesive pads are meant to be left for 72 hours to dry. So if you think you are going to get straight out videoing, think again.

It also comes with free video editing software, available for both Windows and Mac.

I am going to spend some time playing with these and see what I come up with, so watch this space.