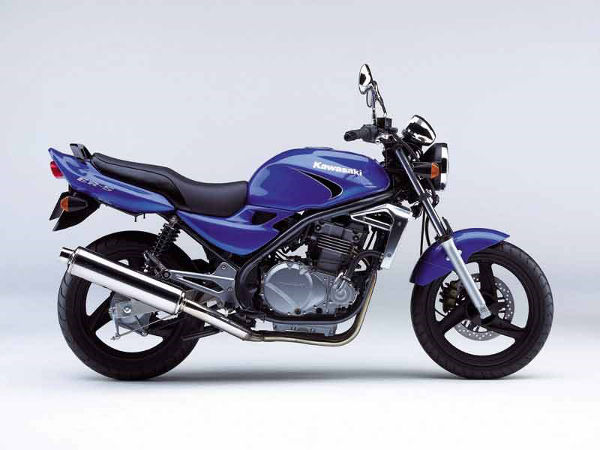 My bike isn’t the fastest. Nor is it the slowest.

My original thinking was to buy it before my riding test. Something to tinker with and with it sat there staring forlornly at me, it would spur me on to get through all of the test elements. And it did exactly that.

The day I bought it, my wife spotted it on eBay. It was just around the corner and the end of winter was almost upon us. We arranged to go see it after work, which meant at night. Not the ideal time to be looking over a new steed. We turned up and I left the car lights shining over it. I grabbed a 12v torch from the boot too. A quick knock on the door and the young lad selling it appeared, maybe 19, with a bit of a stutter, scruffy looking. My wife said he reminded her of me when she met me. Hmmmmpf!

Looking it over, it seemed ok, but he kept on switching it off, despite me telling him to leave her running. Seemed a little suspicious, but then, when your Dad spent a little time as a used car salesman, you tend to look on the dodgier side of things.

I couldn’t take her for a run – no licence or insurance. In days of old, that wouldn’t have bothered me, but I didn’t want to loose my bike licence before I’d started. So I put my life in his hands for a quick blast as pillion. He ragged it. Really ragged it. But the bike seemed to like that treatment and responded accordingly.

A little bit of haggling followed, pound notes were exchanged and I was the proud owner of a new bike. There were a few odds and sods to sort out, but that was why I had haggled him down.

And it did the job. CBT, theory test, MOD1 and MOD2 followed in quick succession. At first, I was surprised by the power of the beast, my arms ached and doing 70 mph felt like the wind was trying to rip your chest and head off. I wasn’t so much steering the bike, as holding on for dear life. Months have passed and the power seems a little tame now, so the future holds a new machine.

Today though, is MOT day. The dreaded day when a certified mechanic gives it a thorough going over to decide whether it is fit for the road. Unfortunately, it isn’t! The rear tyre is an advisory, I knew that, it has a few miles left though and the tread around the edges is fine, plenty for those twisty corners. I’ll replace it in good time, probably the front too as a matching pair is usually better.

The front brake is sticking slightly though. So on that point, it failed. A short negotiation later and I agreed with the mechanic for him to strip the cylinder down, clean and free it up, replace the pads and put fresh fluid in. Quoted price – £30 + £18 for the pads. And a free retest which it will pass as he will have done the work. And my front brake, which is used much more than the rear, will be working at peak levels. Seems reasonable to me.

A new tyre will follow soon, I will coax it through the coming winter with the aim of selling it sometime in Feb or March and upgrading to something bigger and faster. In the meantime, the snow and ice will becoming. Maybe it’s better to have less power through that time.