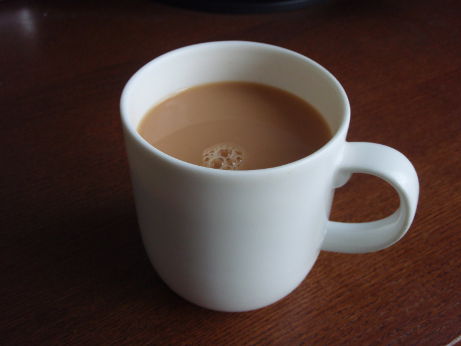 Yesterday was an office day. Big things happening and I had a meeting to attend and present at.

I had planned to be out of the house by 7am, as I like to be early. Unfortunately, the medication I am taking has other ideas as one side effect is making me fall asleep, the alarm must have been snoozed many times before I dragged myself, bleary eyed, out of bed.

Several cups of tea later, I considered using the car, but that seemed a backward step, so I uncovered the bike, removed the chains and cranked her up, letting her warm for a little while as I sorted my boots, bike trousers, jacket and helmet out. One disadvantage of using the bike is the amount of prep time it involves. Unlike the car where you can just jump in and be off, there are a few tasks I perform before setting off on the bike. It has become like a ritual to me. Even to the point of stopping outside the front, adjusting the mirrors, then finally popping the lights on and slipping first my right glove, then my left, before setting off. Clearly the order is of crucial importance.

We are approaching winter, so disadvantage number two, the cold. I don’t mind it so much, at least, I don’t mind it while we still have temperatures above freezing. The ride out cleared some cobwebs, my journey is mostly urban dual carriageway with 50 mph limits, though I generally ride a little faster, and lots of roundabouts and traffic lights.

Two thirds of the way, I took a slip road and started using the gears more, through various twisties, roundabouts, and much more fun overtaking. Car drivers are generally courteous and ease over slightly to let you pass. And no articulated lorries with open back doors to contend with. Bonus!

The day was a busy one, we had greeters at every building, goodie bags and various events. It was great catching up with a number of colleagues too. All these things are absent from your day when you work from home. The presentation went well and late afternoon as I was finishing stuff off in preparation for going home, a colleague asked if I could help out and explain a few techie things with some of what seems to be my trademark….diagrams! We found a room, and a few additional colleagues who wanted the same info, and I went through my spiel, coloured pens in hand, with my scribbles on a flip-chart.

All sorted, sunset was drawing close, it was later than expected. I packed up and headed out. The return trip was back through the twisties as darkness descended. That had my juices flowing, as I rejoined the dual carriageway the volume of traffic had picked up and I was already in the swift mindset. Each junction and roundabout became a series of rapid down-shifts, filtering through the traffic towards the front of the queue, slip into neutral, bike grumbling as I sat at the front slightly forward of where traffic stops and racing starts as lights changed to clear out of the way of the car drivers.

A satisfying way to finish to the working day. It was only as I stripped of my bike gear that I realised how damned cold it was.