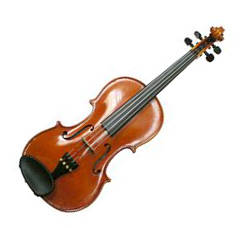 No, I’m not a musician, though I have the utmost admiration those who can play a tune.

Today was an early start, 6am, ho hum, I thought a glass or two of wine might help me sleep, instead it made me feel like striking up a woodbine. Severe headaches too. Not due to excess wine, I didn’t drink that much, nor the smoking. Just part of the burst blood vessel/dodgy eye problem.

I pottered around some while everyone was still sleeping, read some blogs and tidied up some. Later I took my youngest lad out to see if we could get his motorbike sorted out. After visiting a number of garages and mechanics, we’ve left it with a someone who was willing to take a look at it. The reluctance probably due to it being a pain of a job and a not a big money earner too. Hopefully the mechanic will be able to drill and helicoil the exhausts stud bolts.

I have been fiddling with the look and feel of this blog and chose a new theme.

And I’ve installed the Blackberry webworks development environment in an XP virtual machine. I fancy a play around with it and maybe creating a Stopping Smoking app to collate some of the info I’ve gathered to help people give up the weed. It’s going to be an interesting time over the next six months technology wise. Apple launching their new phone next week – if you haven’t head about it, you are probably the only person on the planet who hasn’t. Google continue to march ahead with Android, though we still haven’t seen anything amazing coming from Motorola now they’ve bought the mobile side of the business. Windows continue with Windows 8 and their marketing machine is relentless. And RIM follow up the rear, urgently working to get Blackberry 10 finished which apparently is going to be a user interface paradigm shift – they really need to make it something jaw dropping to have any chance of recovering.