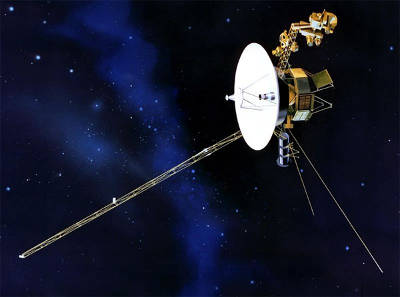 According to news reports, the space probe Voyager I has travelled further than any man made object has ever gone before. It boldly goes….etc.

Having passed outside the orbit of all major planets, it is now passing through the last remnants of our solar system, some kind of plasma bubble (that must be one very big bubble!) before it enters the gap between star systems. Pretty impressive for a bit of kit sent up in 1977.

At it’s heart is a nuclear reactor, 5 sensors that still work and a computer with 68k memory. That is pretty phenomenal and is minuscule by today’s computing standards.

We do need to remember though, this isn’t the last we will see of it. We can expect it to return at some point in the 23rd century, though by then, we will have William Shatner and his buddies on the USS Enterprise to save us from the monster that VoyaGER will become.

One thought on “Voyager”